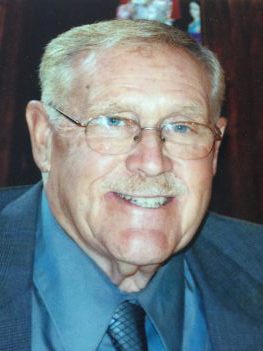 Pruett moved to the Turlock area at the age of nine and graduated from Turlock High School in 1954. During his high school years he met his future wife, Linda Lee Carter, who had an impact on his decision to accept Christ as his personal Savior. He received the Future Farmers of America Award and won Grand Champion with his hog at the California State Fair.

After graduation, Pruett worked alongside his father, TC Burnam, raising Angus beef cattle and running a corn chopping business. Pruett and Linda were married on May 4, 1957. In May of 1970, Pruett, with his wife and four children, moved to Colombia, South America, where they served as missionaries with New Tribes Mission working with the Guahibo tribe. Eleven years later, they built a Christian Conference Center under the organization of World Evangelization for Christ (WEC). Then they served in Mexico from 1991 to 2015 training Hispanics for international missions. Pruett was the visionary behind the development of El Monte, a Pastor Retreat and Christian Conference Center. Pruett’s legacy is carried on by the people who trusted in Christ through his leading and his passion for Christ and worldwide missions. Pruett’s hobbies were fishing with his wife and playing table games with family and friends.

Pruett is survived by his wife, Linda Burnam of 61 years; four children, Becky (Jon) Bailey of Turlock, Rick (Joan) Burnam of Turlock, Curtis (Jen) Burnam of Florida, and Mike (Bonnie) Burnam of Mexico; twelve grandchildren; and five great-grandchildren with one on the way; and sister, Betty Burnam of Hemet, California.

Memorial contributions can be sent to WEC International, P.O. Box 1707, Fort Washington, PA 19034 and designated to WEC Mexico Sending Base.