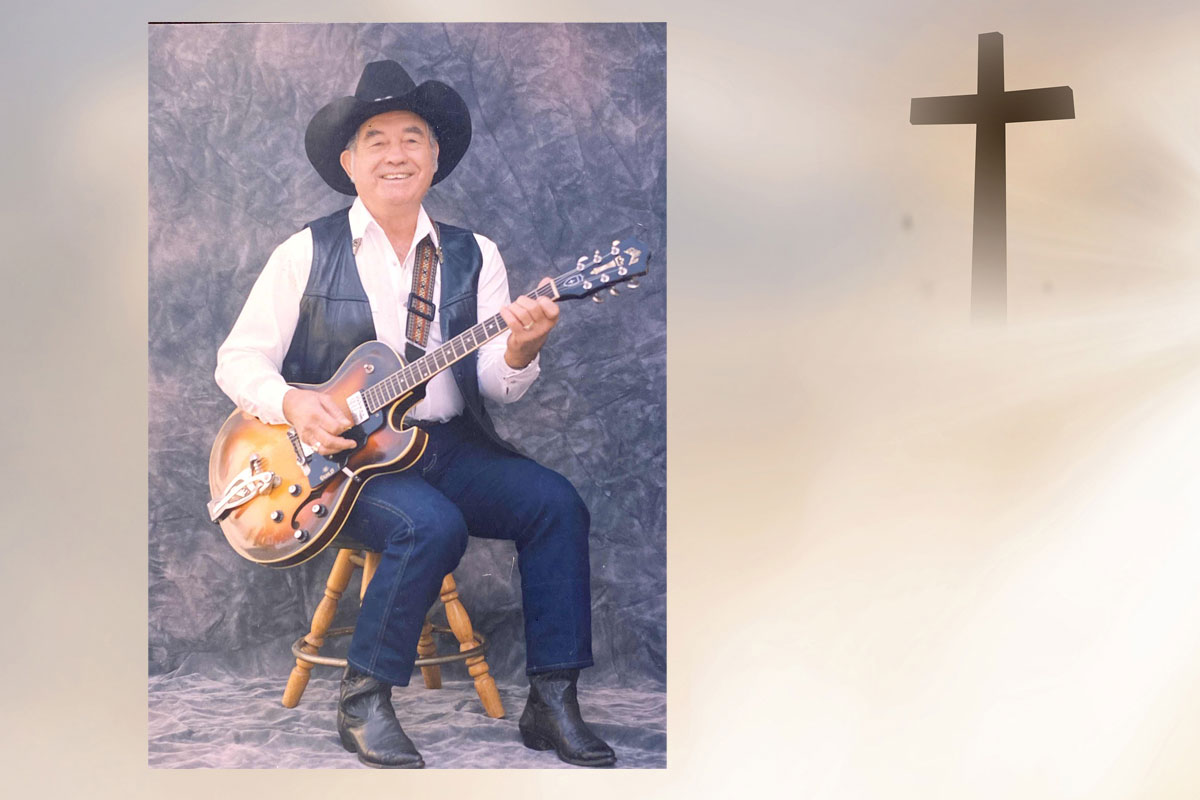 Verne was born in San Jose, California to Tony and Catherine LaCross and passed away at the age of 99.  He lived in Stanislaus County most of his life and was married to Belle Silva LaCross on December 5, 1954.  Verne served in the US Armed Forces for three years during World War II; he was a lineman for telephone and telegraph and an expert rifleman in Rhineland Central Europe.  During his service he was awarded a Good Conduct Medal, Victory Medal, European African Middle Eastern Theater Campaign Ribbon and American Theater Campaign Ribbon.  He trained as a boxer while in the service and pursued a professional boxing career for several years following his time in the military.  Verne entered the dairy business and was a dairy farmer until his retirement.

He played guitar and led and/or was a member of professional bands which entertained all over the valley.  In 1967 he joined the S.E.S. and attended every annual convention since 1969.  Verne played guitar and sang for many S.E.S. official visits as well as the annual conventions.  He also assisted the S.E.S. Choir and played for the S.E.S. family day from their first date of inception.  Verne played at the Riverbank Seniors Club and Modesto Seniors Club every week.  He also played for many convalescent rest homes in Modesto and surrounding areas four times a week and often two engagements a day.  He also played annually at the Riverbank Wine and Cheese Festival and played for numerous charity fundraisers to aid families in need over many years.

Verne served as a supreme line officer on the supreme finance committee and the supreme board of directors.  He was elected as S.E.S. Fraternalist of the year in 1993 and in 1994 was the S.E.S. Honorary Supreme Officer.  He was a director and vice president of the Western Dairyman’s Association, served for many years on the board of the California Beef Counsel and was the past director of Portuguese Associations of Turlock, Modesto and Oakdale.  He was trustee for Milnes School District and Riverbank School District.  Verne was  a past director of the Turlock and Modesto Pentecost Associations and director and secretary of Oakdale F.D.E.S.

He was a member of St. Joseph’s Catholic Church in Modesto where he entertained at the annual Church Fund Festival.

Memorial contributions can be made in his memory to St. Jude Children’s Hospital or Wounded Warriors.