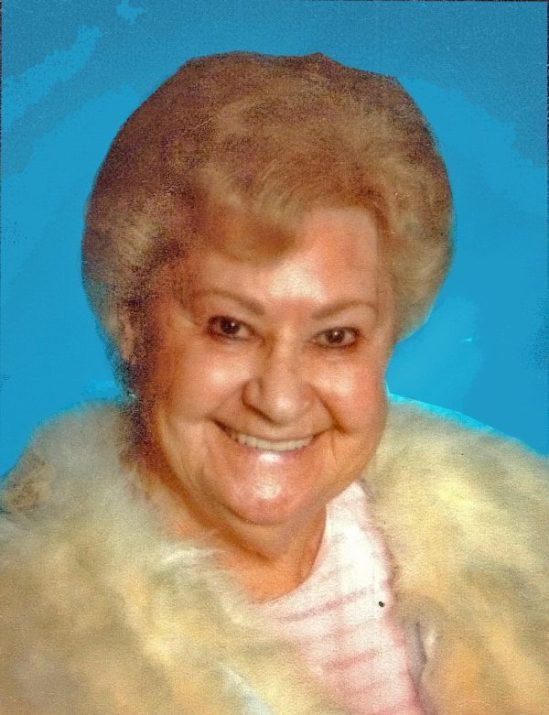 Loudella N. Gossage passed away on Tuesday, September 6, 2022 at the age of 97. She was born in Owasso, Oklahoma to parents Peter and Lillie Schwab. She was the youngest and last of the seven children born to Pete and Lillie. Being raised on a farm Loudella’s many tasks were driving tractor, baling hay, truck driving, and milking cows by hand. She would hope the cow being milked wouldn’t kick the bucket over and ruin all that hard work! In 1941, she married Jack Davis. They remained in Oklahoma until 1948 when at that time they decided to move to California. They settled in Turlock where they purchased their first home and raised their three children. After several years of marriage, Jack and Loudella amicably divorced in 1984. Jack moved back to Oklahoma and Loudella stayed in California living in Ceres. She had made a career of working for Tri-Valley Cannery. Her job was driving a tractor that transported canned goods on a trailer, loaded on pallets, to and from several warehouses. She would also operate a forklift when needed.

It was at the cannery where she met Ivan Gossage. They married in 1986. Ivan and Loudella purchased two acres in Coulterville where they built their dream home. They both retired in 1988. Ivan and Loudella each had a hobby they were passionate about. He collected Hopalong Cassidy items, and she became an avid Popeye collector. They made many trips in their motorhome, here and there, in search of more treasures to add to their growing collections. When not on a quest in their motorhome, they enjoyed cruises to Alaska and Hawaii. After Ivan passed in 2001, Loudella moved back to Turlock. She became an active member of Valley Hope Community Church and joined the Turlock Senior Citizens Singing Group, forming many new friendships along the way. She loved going to the hair salon each, and every week and having her friend Mary do her hair. She also loved getting her nails done (Thank you, Kirsten).

Loudella was strong, independent, and stubborn; but also, kind, supportive, and giving. She will be deeply missed by all who knew and loved her.

In lieu of flowers, remembrances to Covenant Care Hospice, 125 N. Broadway, Suite 1A, Turlock are suggested.