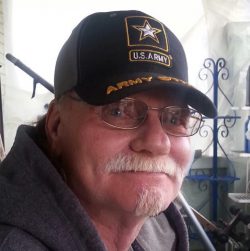 He worked in the construction industry, mostly in the concrete business.  He had a passion for music, loved playing the guitar and even wrote several worship songs. He coached Little League baseball for years and traveled to Mexico in a missionary capacity where he helped at an orphanage.

Memorial service will be held at Victory Life Center in Modesto on Friday, March 15, 2019 at 12:00 p.m. with interment to follow at Turlock Memorial Park also on Friday at 2:00p.m.